Being a good conversationalist helps you in many aspects of life. It makes it easier to have good relationships with coworkers, to make good impressions on the people you meet, and can even grant you powers of persuasion.

But what’s even better than that? That’s right, good conversational skills also work wonders on your love life. When it comes to flirting and dating, looks aren’t the only thing. Sure people are drawn in by a toned body and dream eyes, but you need to be able to back it up.

Maybe you aren’t the most charismatic person. Maybe you have problems making a conversation flow. This can be especially challenging when you’re face to face with someone you’re interested in. When someone is unusually attractive it can be intimidating. But never fear! There are small changes you can make to your social style. Keep reading, and we’ll show you how to keep the conversation going with that special someone.

Work on your social awareness

Let’s be honest. If you’re seeking help for how to talk to people on the internet, you probably aren’t the smoothest person around. That’s ok, a lot of us aren’t.

But when it comes to socialising with beautiful people, you’re going to need a certain level of social tact. Most people have a romantic preference for those of us who are somewhat well socialised, and they can tell when someone is not. Ways of showing that you lack this awareness can include:

Those of us with poor social tact are the easiest to dismiss in conversation and the ones that are less likely to be entertained a second time. Make sure you are aware of how you are coming off when you talk to people. Notice your weakness and work on them.

Ask for their opinion

No doubt you’ve heard someone say “I HATE small talk”. It’s a common complaint about meeting new people, and for good reason. Small talk is awkward, superficial, and BORING. It’s what middle-aged people do when they’re chaperoning at the school dance. Some people say it’s a necessary segue into getting to know someone, but do you want to know what they think about the weather?

Of course not. No one does, so why not get rid of it altogether? If you’re talking to a cute girl, you want to stand out. Spending ten minutes talking about what you both do for a living probably won’t get you anywhere (unless your job is super impressive).

Why not mix things up a bit? Ask them some weird questions. Play a game of ‘would-you-rather’. Finding interesting and off-the-wall ways to get to know the person. Show them you’re not like every other lamebrain they’ve met that week.

If you keep strong eye contact with someone you are talking to, it will tell them at least one important thing: you are invested in the conversation. Maintaining eye contact is a way of telling the other person, “I’m here, and I’m listening.” It will always make someone feel good knowing that they have your full attention, and they’ll be more inclined to engage in deep conversation.

It also helps you in a practical way. Focusing on another person’s eyes will minimize any distractions in your periphery, and keep you fully anchored to the person and the conversation.

Listen to the other person

It sounds cliche, but listening is seriously underrated. So many people will have conversations just to hear themselves talk. They don’t often pay attention to what their conversation partner is saying. Think about it. How many times have you been chatting to someone, only to see their eyes drift over your shoulder, or to have them respond with “Hm? Oh really?”, a classic sign they aren’t listening.

It’s a huge turn-off, and can do a number on a good interaction. But on the flip side, showing that you’re really listening to someone can be very attractive.

Don’t let yourself get distracted. And don’t think of what you’re going to say next. Listen properly to them, and even pause to truly process what they’re saying. It’s a great way to show someone new that you’re interested in them and value their thoughts.

This one should be obvious! You can’t just pull interesting conversations out of nowhere. The last thing you want to do is bore someone or make things awkward by having nothing good to talk about.

But for most people, it’s difficult to come up with even a handful of good conversation topics on the fly. Why not plan ahead? Come up with a list of 5-10 interesting topics you can bring up naturally in a conversation. Try to make them as general as possible. That way, you can use them again and again in any situation where you’re meeting new people.

On that note, a conversation can be interesting without diving into politics or current events. This is especially worth keeping in mind if you have just met this person, or are only loosely acquainted. If you don’t know them well, keep your chatter light, simple and breezy.

Bringing up topics that are sensitive, controversial, or simply depressing is a big risk to take. The last thing you want to do is offend or upset them. It makes a bad impression and is more than likely going to kill a conversation dead.

We can often come as needy and demanding in conversations with people we are attracted to. This can include asking too many personal questions, needling them for details about their relationship status or general love life, trying overly hard to be flirtatious, etc.

Try to do less of this. Most people can sniff out neediness and desperation very quickly, and it’s always a turn-off. Try to be a little more aloof. Don’t act disinterested in them by any means, but keep it light and friendly. Be tactful with your flirty, and casually suggestive. If they’re interested in you they’ll take the hint.

This one may sound a little counter-intuitive. One piece of advice often given for making better conversation is to ask questions. The more questions you ask the more the conversation will flow, and the more you’ll learn about your conversation partner.

And that’s true, but it’s easy to take this too far. So many people have become used to asking a constant stream of questions that they don’t realize can have a negative effect. Don’t make that mistake.

Over-asking can make a person feel like they’re being interviewed. “What do you do for a living? What suburb do you live in? Where did you go to school?” etc.

Try to mix this up by replacing some questions with statements. If someone describes an unpleasant situation they were in, instead of asking “why did that annoy you?”, try saying “huh, it sounds annoying.” or “you seem annoyed about that.”

You can use an educated guess to mix up the conversation, as well as make the other person feel like you understand them.

When someone is asking you questions, it can be tempting to answer quickly and simply. A lot of questions only need one or two-word answers. If someone asks you what your favorite food is, all you need to do is say “sushi” and move on, right?

Wrong. Not if you want to keep an interaction flowing. Monotonous answers like this can trip up even the best conversationalist. You’re making it harder on your conversation partner and yourself.

Try this - “Sushi. I love fresh fish, and it’s pretty healthy. I’m on a diet at the moment but I can still eat it all the time.”

By saying this, you’ve added to the natural flow of chat. You’ve also given the person you’re talking to a glimpse into your life with the additional info. And no doubt it will lead to further topics (“Is sushi healthy? What’s the best sushi restaurant in town?” etc).

A good tip is to simply add why to the end of every answer.

Be confident in yourself, don’t rely on chat tricks for everything

If you are confident and show it, that will shine through. Being comfortable with yourself is a very attractive trait, and something that people notice immediately. It’s an undeniable quality that no amount of hacks and tips can compensate for.

Of course, doing all of the things mentioned above will help to improve your conversational skills, but there’s more to it than that. Feeling fulfilled, healthy and happy is an invaluable part of gaining true confidence.

Use these tips wisely, and you’ll feel much less nervous when you see that attractive person approaching. You’ll be flirty and thriving in conversation in no time. 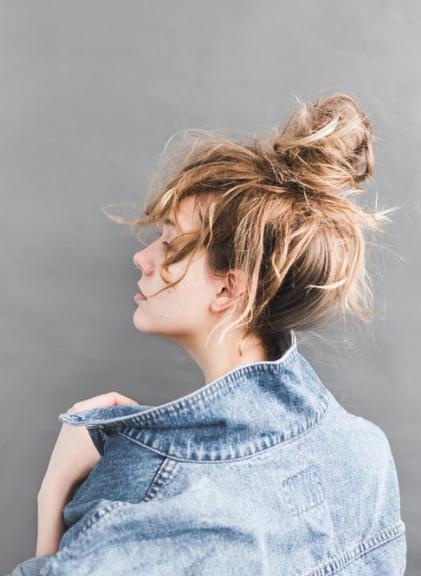